"The logo for Aadhaar,
a sun in red and yellow,
with a fingerprint traced across its centre
... a new dawn of equal opportunity
for each individual"

The Unique Identification Authority of India (UIDAI [1]) promised that they will register all the  billion+ residents of India and issue them with ID cards. They promised that each identity recorded on the population register will be unique. And they promised that uniqueness can be proved by reference to people s biometrics only.

After making those three promises, UIDAI tested the biometric technology they depend on for Aadhaar [2], the Indian ID card scheme. The results of their proof of concept trial are available for all to see in their UID Enrolment Proof-of-Concept Report, published in December 2010.

UIDAI s own figures in the proof of concept trial report demonstrate ineluctably that the one thing the unique identification authority will not be able to guarantee is unique identification. Aadhaar will drown in a sea of false positives. The whole house of Aadhaar cards could collapse [3] and its putative benefits never be delivered. In particular, the poor of India could go from having no official identity papers to having useless official identity papers. Everyone else, of course, already has plenty of official ID and doesn t need an Aadhaar card in addition.

A. If that allegation is right, then UIDAI need to make it clear that their promises as to unique identification were based on representations made to them by the world biometrics industry. It is the biometrics industry which needs to explain the mathematically inevitable failure of Aadhaar to deliver unique identification, and not the blameless UIDAI.

B. Otherwise, the author of this allegation is a bumbling fool whom no-one need take seriously.

You be the judge:

[1] According to the UIDAI website: The existing patchwork of multiple databases in India provides scope to individuals to furnish different personal information to different agencies ... The UIDAI has been setup by the Government of India with a mandate to issue a unique identification number to all the residents in the country. A key requirement of the Aadhaar is to minimize/eliminate duplicate identity to improve the efficacy of the service delivery. Biometrics features are selected to be the primary mechanism for ensuring uniqueness ... . UIDAI s mission is: To design biometrics system that enables India to achieve uniqueness in the national registry .

[2] Aadhaar is the brand name for India s ID card scheme. The word Aadhaar  occurs in several Indian languages and denotes a support or foundation or base. Something which can be confidently trusted, which is dependable, on which the weight of expectations can safely be placed.

[3] There is a precedent. The UK ID card scheme was cancelled with nothing to show for eight years  effort by politicians, the Home Office and the Cabinet Office. One reason for that failure is the credulity with which claims for the reliability of biometrics are treated. India will want to avoid the UK s undignified fate: 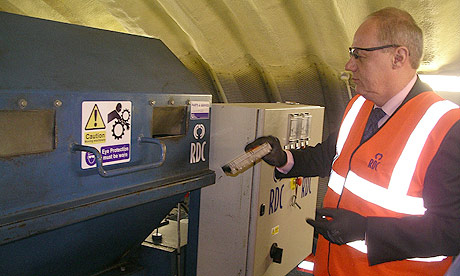 About Business Consultancy Services Ltd (BCSL):
BCSL has operated as an IT consultancy since 1984. The past 8 years have been spent campaigning against the Home Office's plans to introduce government ID cards into the UK. It must now be admitted that the Labour government 1997-2010 were much better at convincing people that these plans are a bad idea than anyone else, including BCSL.